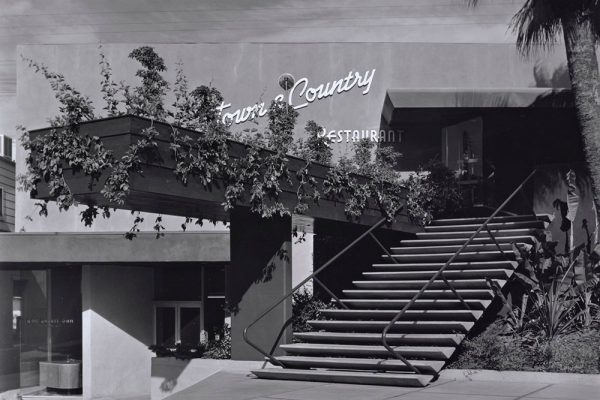 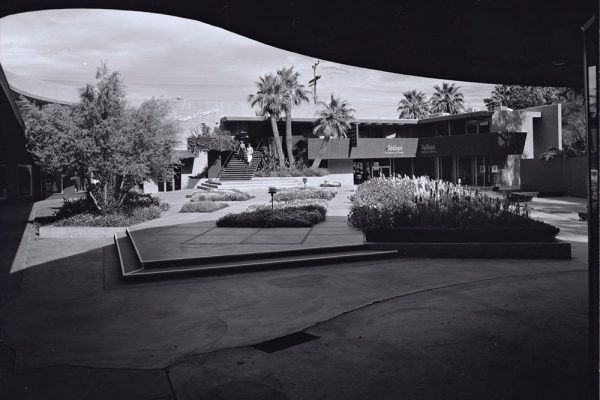 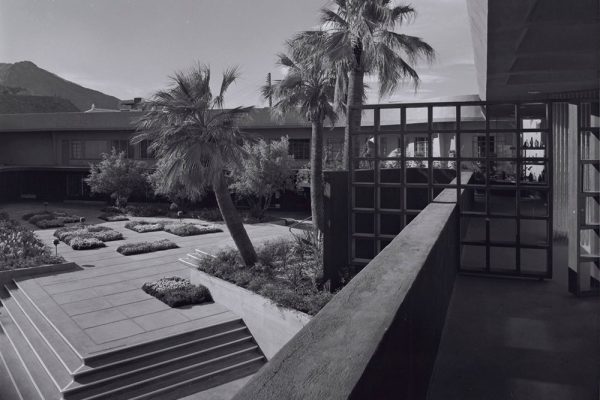 The Town & Country Center, built between 1946 and 1955, was once a glamorous retail, restaurant, and residential mixed-use project designed over the years by a number of important visiting and local architects including A. Quincy Jones, Paul R. Williams, Albert Frey, John Porter Clark, Donald Wexler and Richard Harrison. 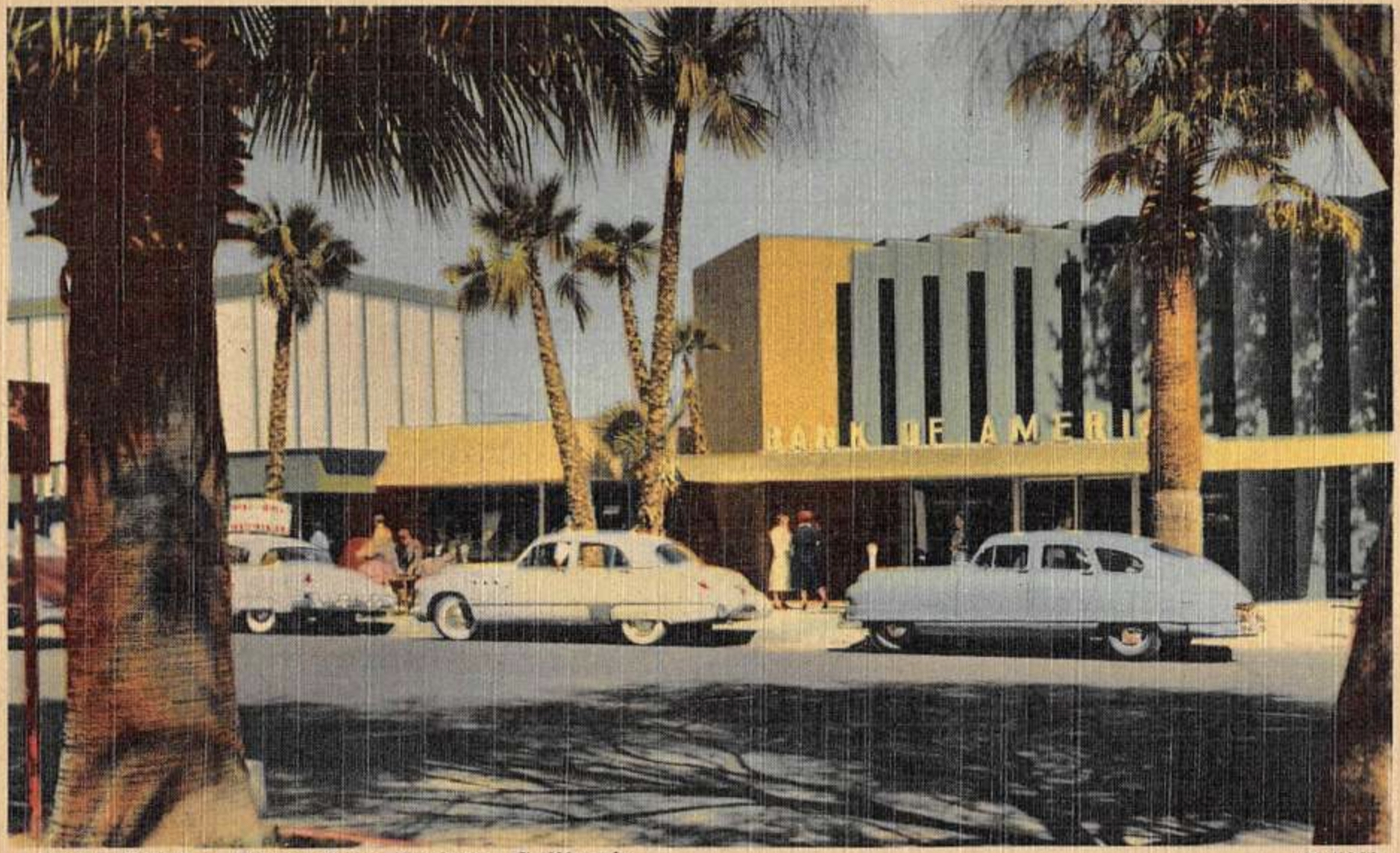 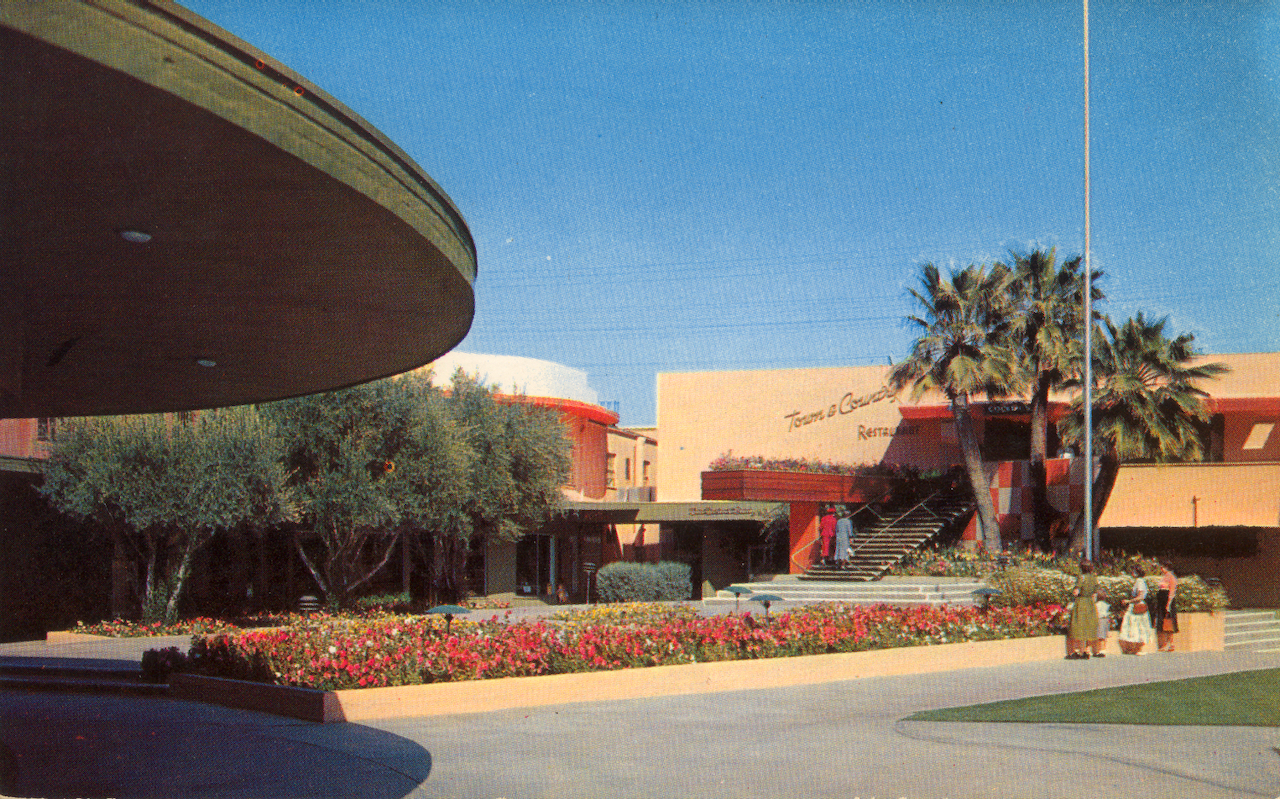 The Palm Springs Modern Committee began working on the preservation of the Town & Country Center in 2004, co-founding Friends of Town & Country Center in 2006. In 2011, when PS ModCom’s attorney identified illegal aspects of the City’s Development Agreement, we ran a Desert Sun ad and sent out direct mail pieces requesting voters to contact the City with their views on its harmful terms. In subsequent years, preservation architect Susan Secoy wrote the successful Palm Springs Class One Historic Site and National Register of Historic Places nominations that were crucial in the effort to save the complex. Working together, a strong effort by the preservation community led the City Council in 2016 to remove the Town & Country Center from the downtown project and prevent its future demolition.

By early 2017, the Town & Country Center had reached such a severe level of deterioration that there was great concern it would be destroyed by vandalism or arson. Following urgent discussions with council members, PS ModCom’s executive director Nickie McLaughlin was officially appointed by the City Council to serve as the preservation liaison between the City and property owner Grit Development. The most critical tasks were interior clean up, roof repairs, and window replacements along with the installation of fencing and security monitoring systems to prevent further damage. Next, PS ModCom worked with the owner on an immediate exterior beautification plan. In addition to surface repairs, a meticulous investigation of original paint colors was conducted that led to the period-correct repainting of the Town & Country Restaurant. 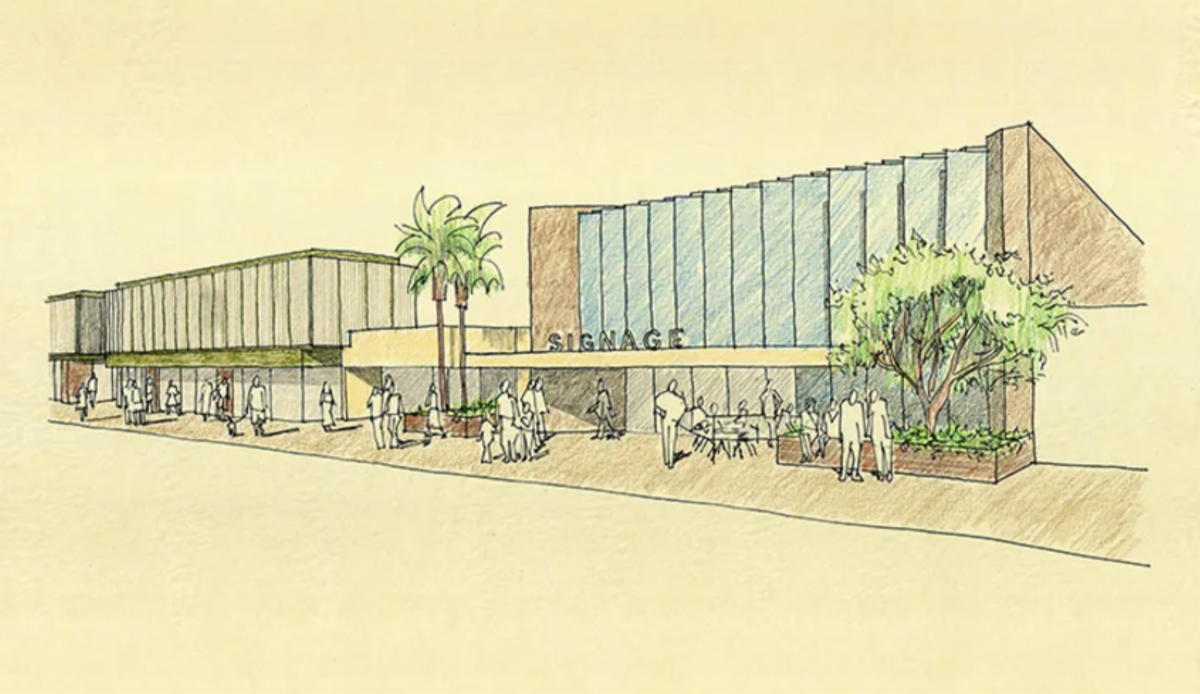 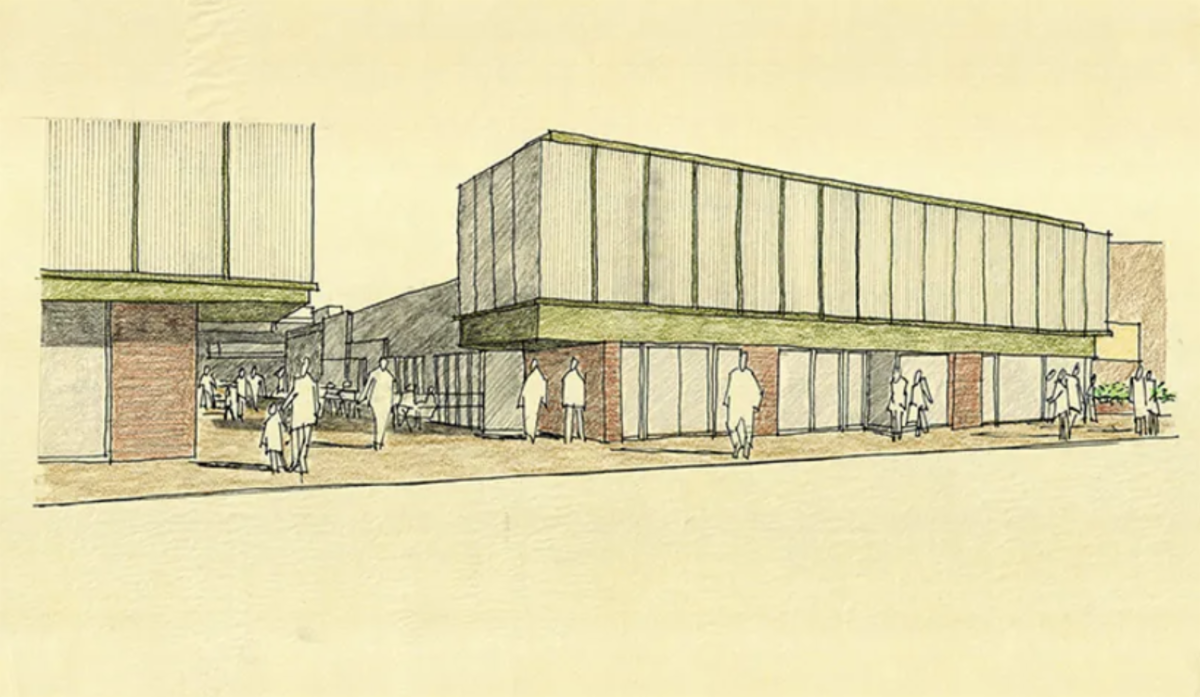 Property owner Grit Development has floated several restoration and rehabilitation plans in recent years, one of which has been accomplished. The former E.F. Hutton building of 1955 by local architects Wexler & Harrison was beautifully restored in February, 2022 by Grit. PS ModCom will continue to actively encourage Grit to move forward with the full rehabilitation of the Town & Country Center and remind City Council of the urgency of a preservation solution.