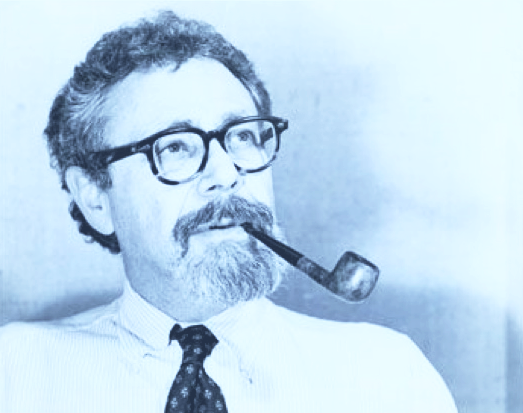 From the desk of Chris Menrad, President:

“I lost a great friend. He was an artist and a genius. I learned so much from him and am so thankful to have had him in my life these past 11 years. Rest in Peace William Krisel”.

William (Bill) Krisel, AIA, was born in Shanghai in 1924 where his father was an attorney and a distributor for United Artists motion pictures. Krisel’s affinity for architecture came early.  At age 13, he critiqued the plans published in Time magazine for Franklin D. Roosevelt’s home in Hyde Park by sending a letter along with his plans, which were subsequently published by the magazine.

The family moved back to Southern California as the gathering storm of World War II was forming.  When the war broke out, young Krisel  (at age 21) was tapped by the army to be a Chinese interpreter for intelligence gathering.  He served in this capacity under General Joseph Stillwell.

After the war, Krisel continued his studies at USC, which had one of the foremost architectural departments dedicated to modernism in the country.  He graduated there with honors in 1949 and formed a partnership with Dan Palmer whom he had met while working part time during school with architect Victor Gruen.

The partners’ first office was in the basement of the Rudolf Schindler designed Falk Apartments in Los Angeles.

Krisel married Corinne Jaffe in 1953 and they had two children, William E. and Michele.

While at USC, Krisel met Robert (Bob) Alexander who was a classmate.   At the time, Bob’s father, George, was building traditional style tract homes in the San Fernando Valley.  His son convinced the father to let the young Krisel design modern homes.

George Alexander gave them 10 lots to try and presumed they would not be very successful.   But Krisel’s homes sold more rapidly and produced more profit for Alexander than his more conventional homes had.  Alexander was convinced and hired Krisel to design and build more.  A total of 320 homes were then built in a development called Corbin Palms.

Health reasons pulled the Alexanders to Palm Springs where they saw a wide-open opportunity for tract home development.

The father and son team again turned to Krisel who designed for them a hotel and the first truly modern tract neighborhood eventually named Twin Palms.

Using such techniques as post and beam construction and a variety of roof lines (including the famous butterfly roof line), he was able to deliver a product that was both architecturally exciting and looked custom while at the same time maximizing his developer’s profit.

The homes sold so well that the Alexander’s company went on to do hundreds more using Krisel for many of the projects. Krisel went on to design one of the first condominium developments in Palm Desert, Sandpiper, which went on to win awards for architecture, landscape design and site planning. Other jobs soon followed and at one time the firm was the largest designer of homes in the country with over 40,000 living units built. In the 1950’s seven of the ten largest national tract builders were his clients.

He specified everything down to the last detail, including the landscaping, which, as a landscape architect, he often designed as well.

Working in what he called the language of modernism, his buildings were sublime designs firmly rooted in the principles of modernism but always driven by problem solving for the client.   As modernism moved out of favor in the 1980s, he elected to retire and became a consultant for housing and forensic architecture.

William Krisel had tremendous artistic talent and a brilliant business mind, which allowed him to communicate his architecture to clients and see his projects become reality in a mostly uncompromised way.

The rediscovery of his work in Palm Springs brought his name to the fore again as people sought his advice in restoring their homes.

Krisel was honored with a sidewalk star in front of the Architecture and Design museum in Palm Springs in 2009 and there was a museum exhibition of his work in both Los Angeles and Denver in 2010.  The Getty museum accepted his archive in 2012 and a book about the architect and his work was published in 2016. Also in 2016, the USC architectural guild honored William Krisel as distinguished alumni. Other honors are “Modern Master” by the LA Conservancy, Hall of Fame from Beverly Hills High School, and a lifetime achievement award from the AIA, Los Angeles. In Palm Springs, a street has been named William Krisel Way.

To read the Los Angeles Times obituary of June 7, please visit their website: